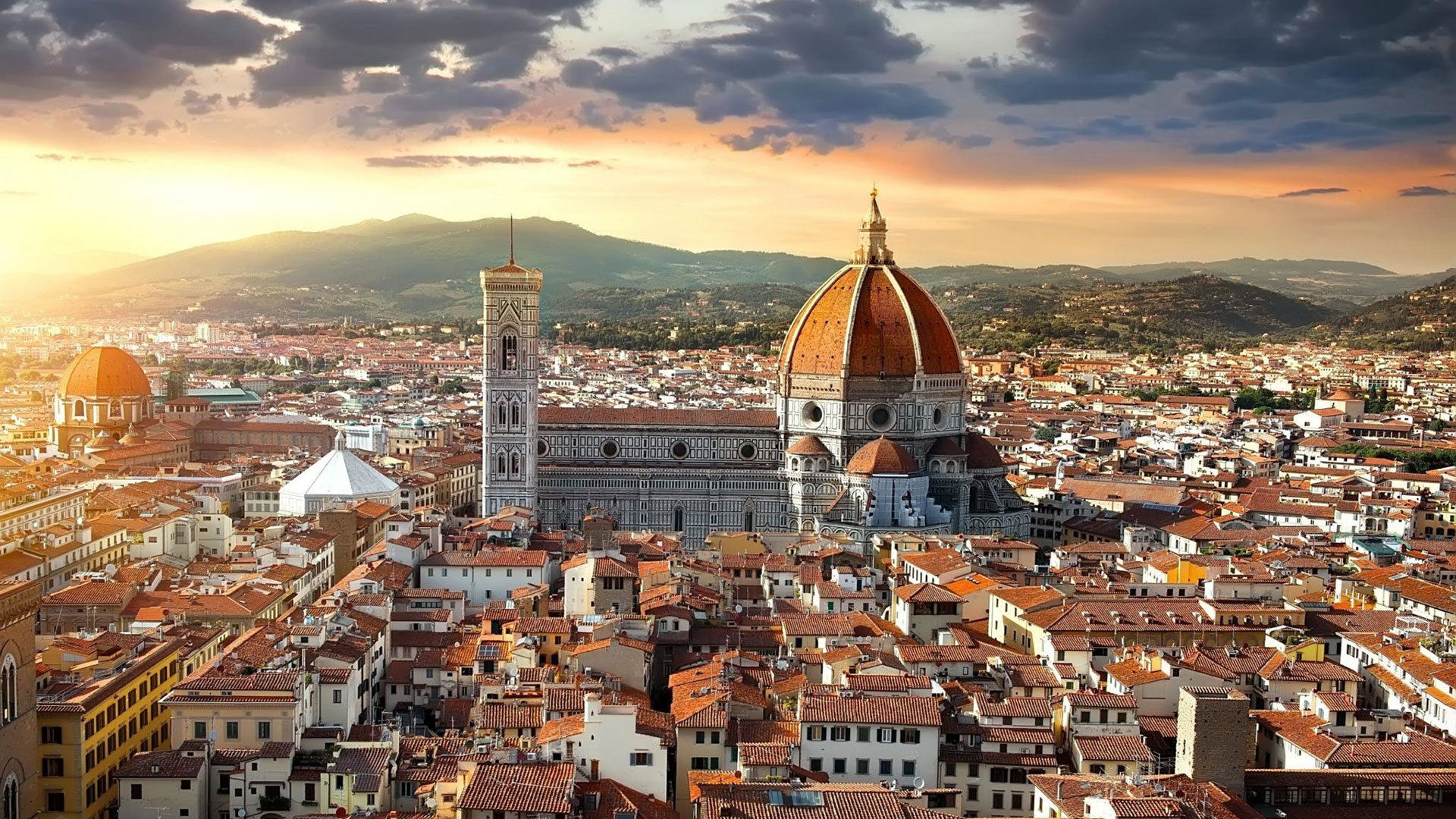 Information about museums and monuments of Florence

Our Facebook becomes increasingly full of news about the museum events and events in Florence, please visit our Facebook page, ask the friendship and you will be updated about what is happening in our beautiful city.
Florence boasts an exceptional heritage of art, a splendid testimony to its centuries of civilisation, conserved for the most part in the more than 70 museums in the city. The most important of these are the Uffizi Gallery, one of the most renowned art galleries in the world, the Palatina Gallery, with its “Golden Ages” paintings, the Accademia Gallery with the world famous David by Michelangelo (and much more), the National Museum of Bargello, with Renaissance sculptures, the Museum of San Marco, with works by Beato Angelico, and the Archaeological Museum with notable Etruscan and Egyptian collections.
Very important parts of the city are Palazzo Vecchio and Palazzo Medici Riccardi.

Thanks also to the strong impulse given by the Medici family, Florence is home to a series of important scientific museums, including the Specola and the new Galileo Museum.
Most of the state museums are closed on Monday, more informations about on web site www.firenzeturismo.it.
During the High Season and during the holidays, we advise you to book a ticket to the main museums.
You can buy online, the ticket of the main museums of Florence, or by phone, 0039/055294883. 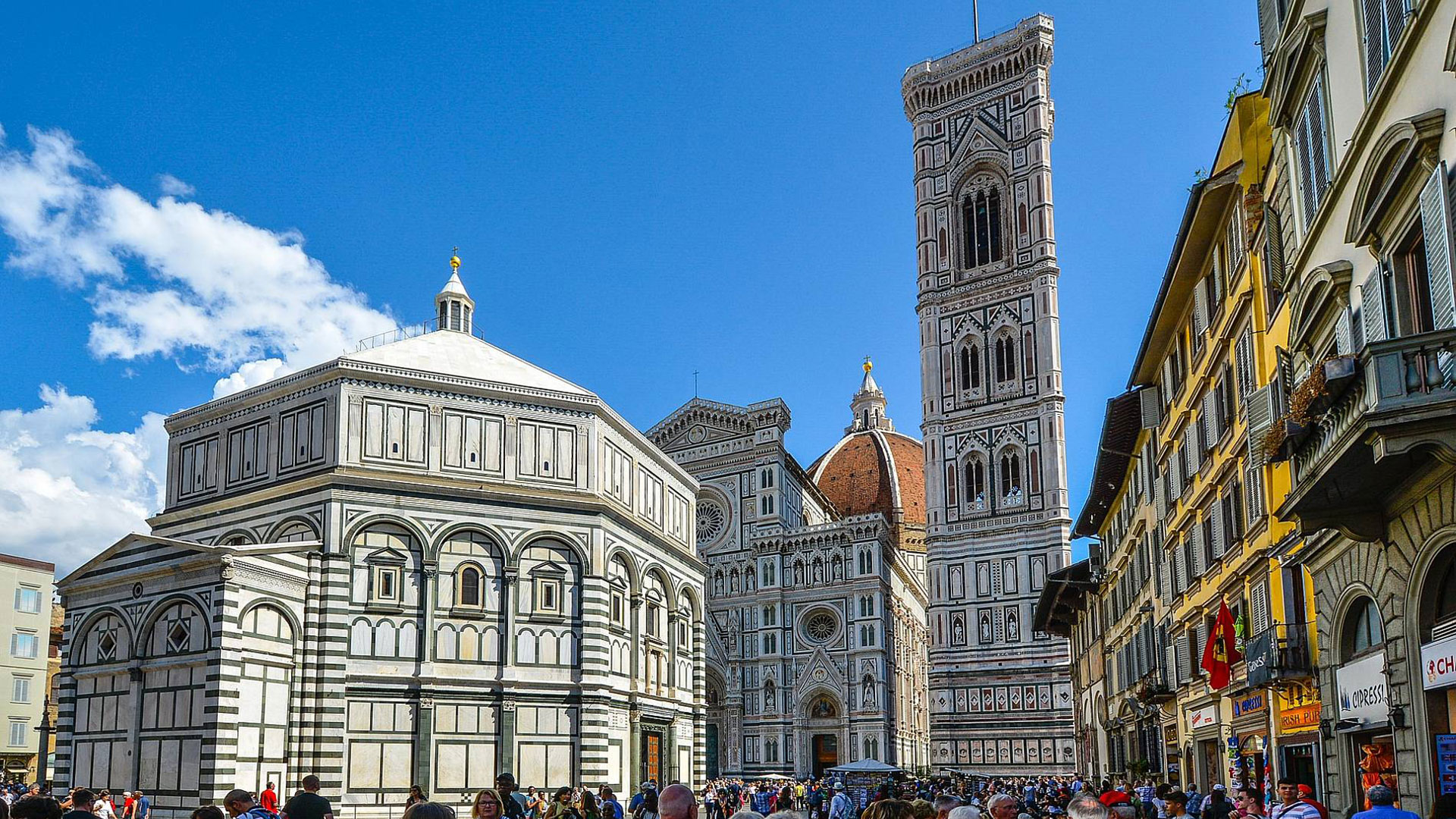 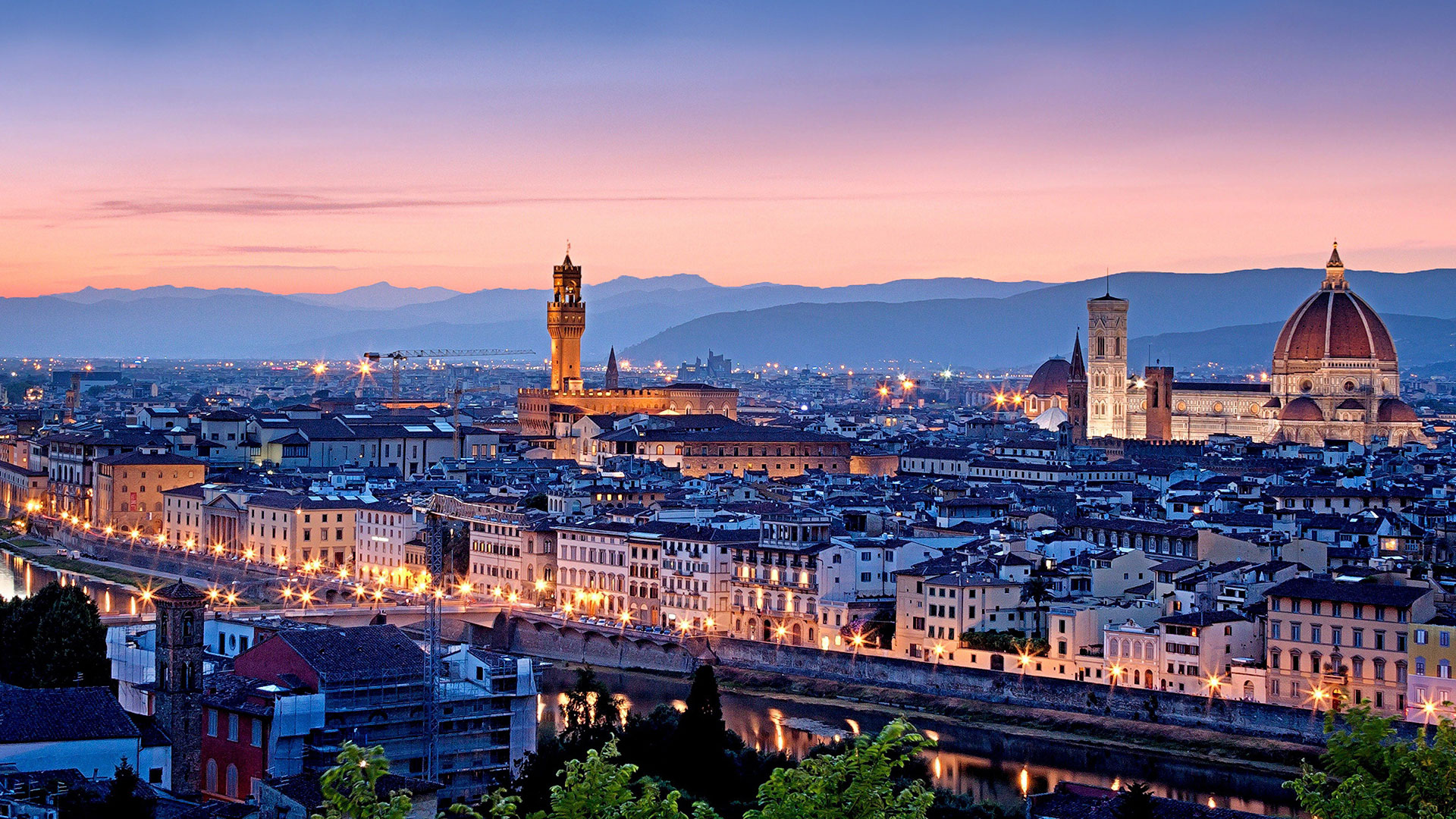 You’d like to come to Florence, but I know enough? These are some historical notes for a tour of the city in 24 hours, with the main monuments should not miss.
More information, by clicking the link below.
24 hours in Florence: the city is worth rather more, but you can at least get some idea of it.
With a single day at your disposal you will want to see the chief monuments and walk around the heart of the city centre. You start with Piazza del Duomo, facing the cathedral of Santa Maria del Fiore, begun by Arnolfo di Cambio in 1296 but only in 1436 crowned with the masterpiece of Filippo Brunelleschi.
The Cupola (dome) is the symbol of Florence, a daring and majestic structure from the top of which you will get a wonderful panoramic view of the city, and also of the interior of the cathedral.
Beside the fade stands another giant, Giotto’s campanile (bell tower), slender and many-coloured, also affording a fine view if the city. Opposite the facade of the Duomo is the more ancient Baptistery of St John, with its famous bronze doors by Ghiberti and Andrea Pisano.

If you follow the animated Via dei Calzaiuoli you soon reach Piazza della Signoria, the political heart of Florence.
Here rises the late 13th-century Palazzo della Signoria or Palazzo Vecchio, which is the seat of the Commune of Florence as well as being a museum. Entering the inner courtyard you will notice the fountain of the putto by Verrochio and frescoes by Vasari. Flanking the piazza is the 14th-century Loggia dei Lanzi, in which there are such world-renowned statues as Benvenuto Cellini’s Perseus and the Rape of the Sabines by Giambologna.
Adjoining Palazzo Vecchio is the imposing pile of the Uffizi, designed by Vasari in the 16th century as the seat of the Chancellery of the ruling Medici family, and now one of the most important museums in the world. The Gallery houses paintings ranging from the primitives (Cimabue, Giotto) to the Mannerist period, and is a complete compendium of Renaissance painting including works by Botticelli, Filippo Lippi, Paolo Uccello, Leonardo da Vinci and Michelangelo.
A visit to the Gallery requires several hours, so if you do not have the time continue on foot towards the nearby Ponte Vecchio. One of the symbols of the city, the bridge has survived the ravages of war and the flooding of the Arno, and ever since 1500 has been home to famous goldsmith shops.
After crossing the bridge you are in Oltrarno, beyond the Arno, a very important matter in Florence. Of the four historical quarters of Florence, three (San Giovanni, Santa Maria Novella and Santa Croce, are on side of the Arno, and only one, Santo Spirito, on the other. The road straight ahead from the Ponte Vecchio brings you to Piazza Pitti, dominated by the majestic facade of Palazzo Pitti. Of 15th-century origin, it was bought by Eleonora, wife of Cosimo I, and became the new archducal palace of the Medici, who had previously resided in Palazzo della Signoria. It was enlarged and enhanced with a marvellous park, the Boboli Gardens. Palazzo Pitti is the seat of numerous museums, and the garden itself is one of them.
If you still have time you should make for Piazza Santa Spirito: you will enjoy the lively atmosphere of this part of the city.
It is home to numerous crafts, and has a genuine spirit of its own. Piazza Santo Spirito itself, one of the few city squares with trees in it, is surrounded by fine palaces in addition to the church, designed by Filippo Brunelleschi in 1444.
Besides the linear purity of its architecture, the building contains important works of art.

Opening hours of the points of interest of Florence

Planning a vacation in Florence means also getting information about the opening hours of museums and attractions. Correct information is even more important now, as all the places of interest – such as museums, churches, villas and gardens – are gradually reopening to visitors, after the lockdown due to the coronavirus pandemic.

To keep always updated, please check the pdf document for a complete list of the opening times! Download the pdf (A4 format) in the relevant area.

All the information about the single places are also available in the section Points of Interest, or just by researching keywords or selecting filters. A large number of details, including opening hours, can be found on this site!

We wish you a pleasant stay! 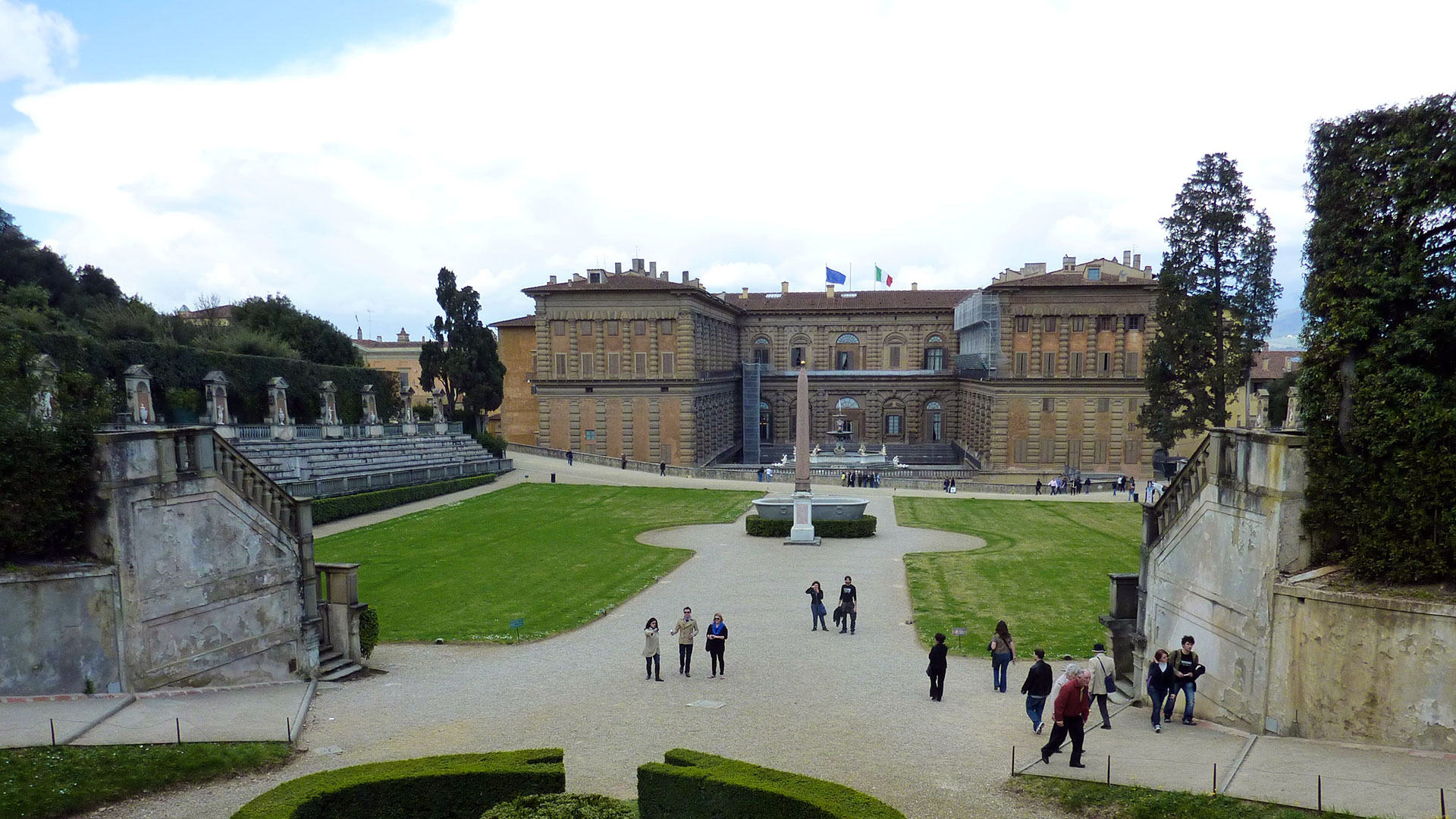 Skip the line at the museum

If you are not able to visit Florence during the low season (in November and in January-February) and you don’t want to queue up, we recommend to make a reservation to the most visited museums of Florence so that you do not waste your time.
We remind you that the smartest way to get into the most important museums without queueing is by buying the Firenze Card. Read more about the benefits of the card on the dedicated page.

From home or online
– On the home page of the website www.firenzemusei.it, which is the ONLY Ticketing official website for State Florentine Museum. Here you can make an advance ticket purchase online, so it is necessary to have a credit card for the transaction. You will receive an email with the museum voucher, which you have to print or just show it on your smartphone at the museum entrance, using the booked tickets door (for the Uffizi, door no. 3);
– By calling +39 055 294883 (which sometimes involves long waiting times). So you make a telephone booking, i.e. after choosing the date and time of your visit, giving the full name and number of persons booked, you will receive an Idcode. You must have this code with you at the museum ticket office when you arrive at your visit time (entering by the booked tickets door for the Uffizi, door no. 3) so that your tickets can be paid for and issued. The Firenze Musei ticket office is open Monday through Friday, 8:30am to 6:30pm, Saturday 8:30am to 12:30pm, closed on Sundays and holidays.
The Florentine Civic Museums (Palazzo Vecchio is one of them) can be reserved in advance, you can buy your ticket online from home and skip the line at the ticket office. Purchase your ticket on the official website Musei Civici Fiorentini. We remind you that a presale of € 0.80 is charged.
From November 2016 the reservation for the Brunelleschi’s Dome is compulsory.
You can make the booking on line when you buy the combined ticket for the complex of the Duomo (that includes Baptistery, Bell Tower, Crypt, Dome and Museo dell’Opera del Duomo) through the official website www.ilgrandemuseodelduomo.it.

In Florence downtown
There are a number of options for the State Museums (Uffizi, Accademia, Palazzo Pitti and other):
– at the Firenze Musei ticket office located at the Chiesa di Orsanmichele in Via dei Calzaiuoli (between Piazza del Duomo and Piazza della Signoria), which is open Monday through Saturday from 9am to 4:15pm, closed Sundays and holidays. This is a pre-purchased ticket, so it must be paid for at the time of booking;
– at the My Accademia bookshop, located near the Galleria dell’Accademia, in Via Ricasoli 105r, which is open Tuesday through Sunday from 8:15am to 5pm, closed on Mondays;
– at the ticket offices of all the state museums (except the Accademia Gallery) during the opening hours. This is also a pre-purchased ticket (paid for at the time of booking).
If you are already in Florence and are not able to make the booking in any of the above-mentioned ways, another possibility is to go to the entrance of the Uffizi or the Accademia half an hour before opening time (8:15am-6:50pm Tuesday through Sunday) so that you will be the first to enter as soon as the museum opens.
In Summer you could also visit these museums at night on the days when they are exceptionally open.
During high season, the queues at the entrance to the Uffizi may reach three hours of waiting time.
The extra charge to book admission to the Uffizi Gallery and the Accademia Gallery using the methods described above is € 4.00 per person per museum.
For the other state museums the cost is € 3.00 per person per museum, but generally it is not necessary to book in advance.
Please note that some other private websites that offer advance booking to the State museums charge a higher price than the official ticketing website for State Museums in Florence.

Advices
Some people scalp museum tickets in front of the most important places of interest. We recommend not to buy from these kind of sellers.